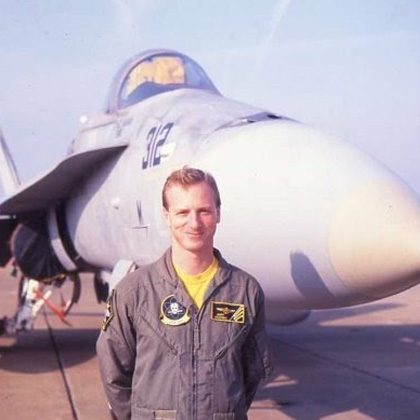 I love everything about flying and I want you to love it too.  Loving something comes naturally when you master it, and we’ll master every aspect of aviation together. The confidence you’ll gain will permeate every aspect of your life. You won’t notice the difference in yourself but others will. Friends will comment on your “swagger” or your “mojo” after you’ve been flying and the Fighter Pilot inside you will calmly smile.

I’ve been involved in aviation just about my whole life.  My first flying lesson was at the tender young age of 15 and I soloed before I had my driver’s license. I pumped gas at the local airport to earn my Private Pilot Certificate and began teaching as a CFI in college at UCLA (Go Bruins…beat USC!).  I come from a flying family: my mom flew until she was 85 and she still lives in a hangar, a brother writes for AOPA, and another brother has his private.  Then there’s the brother that thinks we’re all nuts, and he’s probably right.

I signed a blank check made out to Uncle Sam and had the privilege of flying the FA-18C Hornet off the decks of aircraft carriers in the US Navy.  (Humblebrag: I worked my you-know-what off in flight school and was awarded Student Naval Aviator of the Year.)  Military flight training doesn’t rely on great instructors to produce the world’s finest aviators, it’s the syllabus that makes great pilots. The syllabus demands preparation for every sortie, and the airplanes don’t care who you think you are or what kind of day you’re having. That is liberating because you’re in control of your level of effort and you own the results. So when you develop mastery you’ll know that the swagger and mojo that comes with it are earned.

I kept flying after the Navy by owning my own airplanes, mostly of the round-engine, Russian, taildragger variety.  I also gave scenic air tours in a Waco YMF-5 open-cockpit biplane out of San Carlos airport and raised a couple of great kids.  I still crave the high-G military-style flying (but I don’t miss living on a boat with no windows) so I own a Yak-50 because it’s great for aerobatics and formation flying. When I’m not flying I’m building a Van’s RV-12 in my garage.